This new-construction Carefree community has its two entrances off Hum Road from both the north and the south.  Its neighbors include the communities of Posada del Sol to the north, Arroyo Montana and The Colony at Carefree to the east, and is bordered by Carefree Drive to the south.  It consists of 8 single-level and 16 two-level units constructed in 2015, with an average size of 2,063 sq ft. 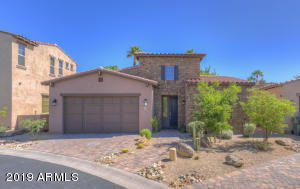